‘Leonardo Prieto is the new project of the composer and multi instrumentalist Leonardo Prieto, a musician from Mexico based in The Netherlands since 2016.
The new alternative jazz project was born in 2019 in Rotterdam, and will be launching its debut album ‘Sembrando’ in 2021.

The original music and unique style explore sounds from contemporary classical and  jazz influenced by traditional music from Mexico and Cuba.

The lineup of this ensemble consists of amazing musicians from The Netherlands, Spain, Austria, Germany and Mexico with strong backgrounds in different fields. Fuensanta Mendez on voice, Pablo Rodriguez on violin, Loek van der Berg on saxophone, Johannes Fend on bass, Daan Arets on Drums and Philip Kukulies on percussion.

Leonardo has developed a unique and diverse 17-year career in music as folk music performer, classical composer and improviser. As a multi-instrumentalist, Leonardo Prieto plays Tres Cubano, Jarana, Requinto, Voice and Piano. He is also the composer.

‘Leonardo Prieto Ensemble’ has received excellent reviews from the audiences of recognized venues, such as the Maas Theater, De Doelen, Dizzy Jazz Café by providing a fresh twist to the European jazz scene.

Son de Aquí is one of the most important projects of Leonardo Prieto and one of the reasons for him to be a musician. It has been his music laboratory and school.

The project started around the year 2000, as a group of friends that got together to play, without any serious pretensions to be a band in shape. In the beginning no one was a professional musician and everybody had other activities besides music.

In 2004 they released their first album “Traigo sabor”, where they only include original music and above all we explore the son cubano and timba.

After that they had a break and in 2010  they decided to retake the project and make a second album ‘De aquí son’ presented in one of the most important theaters in Mexico City: Teatro de la Ciudad, Esperanza Iris, with big success.

The trajectory of the band is vast: they have played in many festivals, open spaces, discotheques, alternating with great artists inside the country and outside of it. In 2005 they were invited to Europe, where they were able to give some concerts. They have made music for movies and their music has been broadcast on TV and radio. In 2014 they were selected within a call for performing arts from the Ministry of Culture, to perform and to present the new album.

In 2016 and 2017 they had a series of very nice concerts at big Festivals like the Quimera Festival and Siguiente Escena.

In 2018 they had a series of shows in The Netherlands collaborating with musicians from Holland, Germany, Greece and Spain where their current booking agency in Holland saw them and decide to start working together booking a big tour in 2019 in the biggest festivals of Holland and Belgium like Afrolatino, Over de Top, Zwarte Cross and many more.

In 2020 they were supported by Sena to release a third album. In 2021 they were funded to continue playing during covid and were selected in the important festival Popronde which happens in 49 cities around The Netherlands. 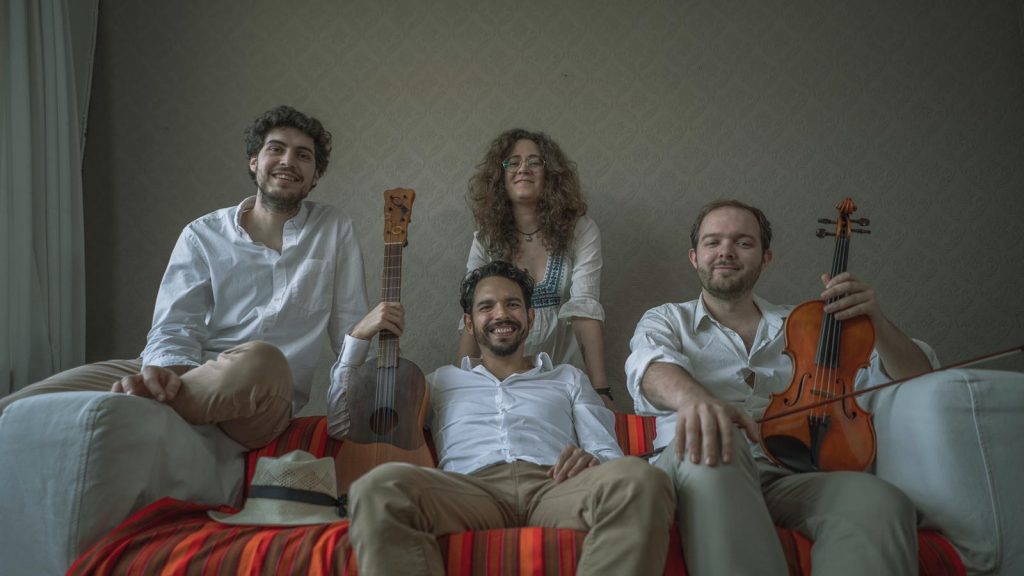 “Tres Ríos” is a Mexican ensemble that plays Son Jarocho, a genre from the Sotavento, region in the state of Veracruz. The band is a product of the cultural mix between Mexican indigenous, African and Spanish people during the colonial times. Therefore, the name “Tres Ríos” (Three Rivers in Spanish) attempts to portrait this triple influence.

The music is powerful, joyful, nostalgic but also festively. It sings about nature, love and daily life. Within the repertoire boleros and original compositions influenced by jazz are also included. 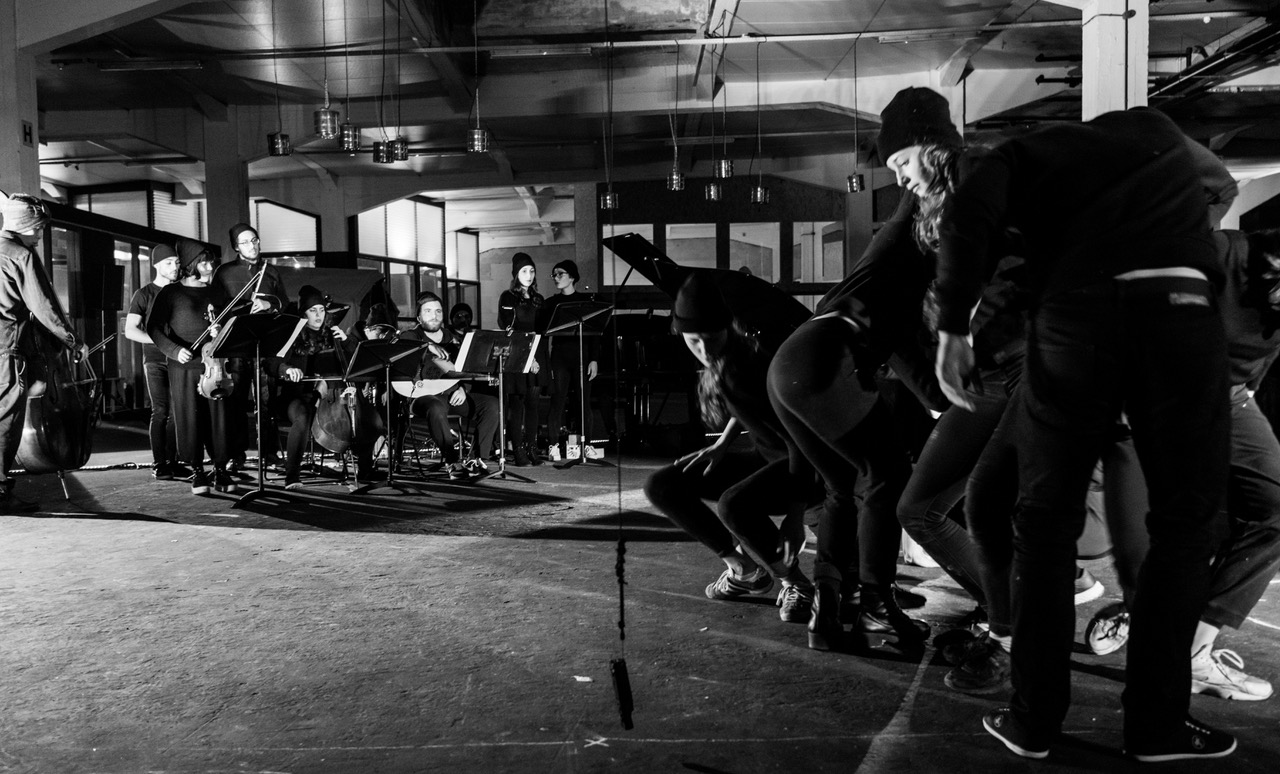 Circus performers and string quartet duelling in a fast improvisation…
Dancers led by the words of an old letter found in the archives of the venue…
The room brought to life through electronics around you…
A performance based on the reality of the venue – and its stories.

ArtBreak is a project featuring musicians, dancers, video and circus artists, who seek to create performances inspired by the venue they are occupying. The project’s development is led by the history and context of the location itself where the group can find stories, objects and unique elements that can lead towards their end goal: a performance.

The artistic result is an energised combination of new compositions and improvisation between these artistic disciplines, exploring different ways to collaborate, develop concepts and gain experience connecting to new audiences. 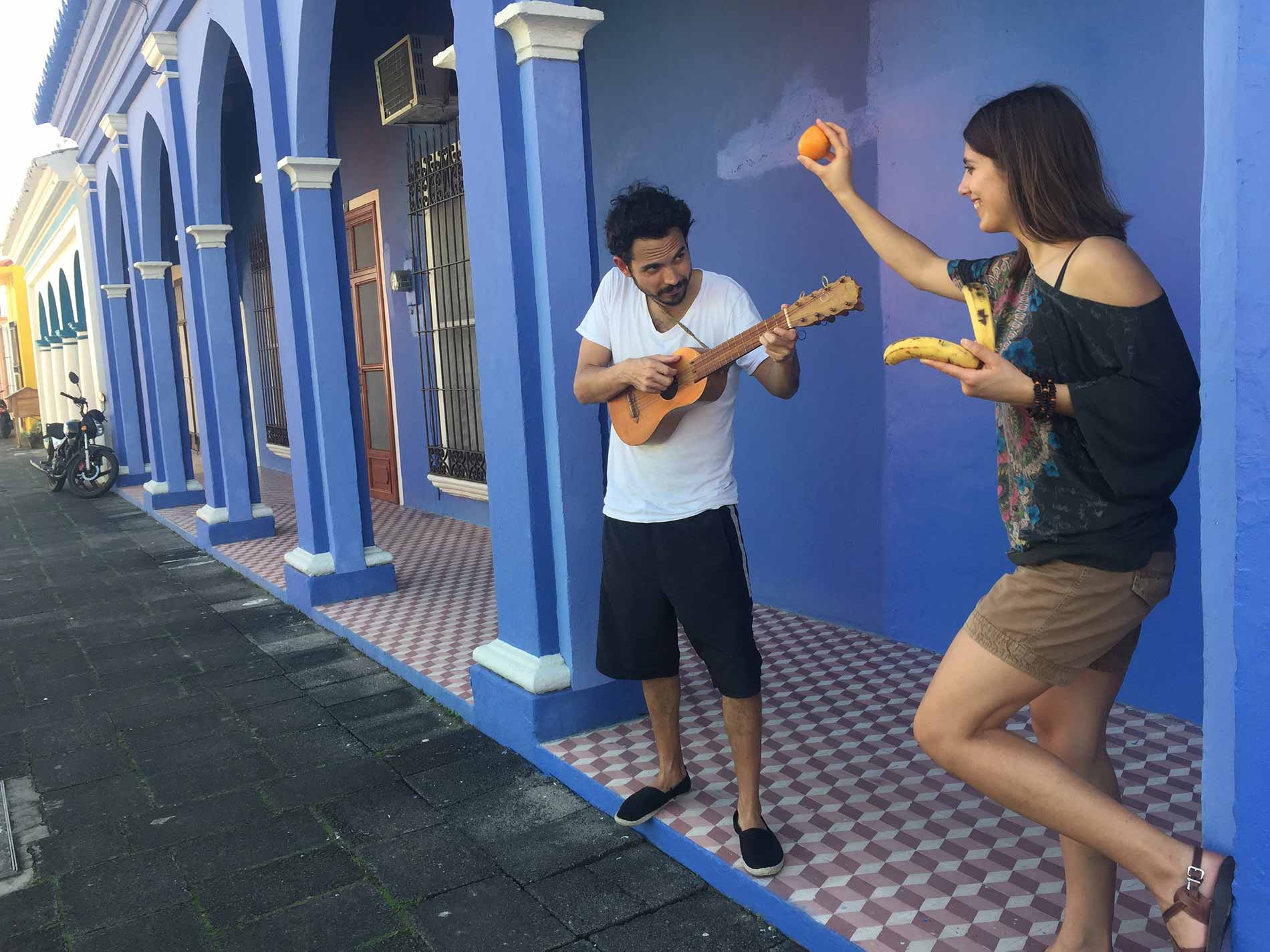 Valentina and Leonardo: an Italian gastronome and a Mexican musician and sociologist.The two of them come from countries that have a huge culture of cuisine and music and they believe there is a strong relationship between these two fields. Creativity and improvisation are core processes of both.

With bEat dinners they aim to offer a different experience of food and music as a whole, in which people are able to deal with their senses in an uncommon way.

DUETS * SOLO * AND OTHER COLLABORATIONS

Leonardo sometimes is invited to perform in different set ups and he collaborates with different artists  from different parts of the world. Sometimes duo, trio or solo.

Other than his own projects Leonardo Prieto is constantly invited to perform, record or compose for other people. Here you can see some of these collaborations.